Do you know all of our industry reports have verified stats?

The statistics in our industry reports (like this one) are carefully vetted and verified by the writer and editor. We use only original sources while citing statistics. Also, we try to find the latest research available on a subject.

Eventually, we all finish our education and get to work. For some of us, this turns out to be a great experience, but for others not so much. To be better prepared for our careers, and make informed decisions along the way, it would be good to know a lot more about how people pursue their professional careers.

To do just that, we have prepared a list of the most essential career stats that you need to know to get ahead in your career.

How many times does an average person change their career?

The number of career changes an American worker goes through seems to be about 12 jobs, defining career in terms of jobs held. Let us now dissect the data further and try to gain valuable insight based on particular demographics.

Which profession has the highest success rate?

What is the best age to change careers?

Reasons why people change careers during this time:

Now that we have answered some of the most asked questions, let us now take a look at some general career stats that will give you a broader idea of how people go about their professional lives.

It will answer your burning questions and help you make better decisions yourselves if you are in the same position.

How many jobs will an average person have in their professional career?

How long does an average career last?

How often people change careers is difficult to define exactly what we mean by a career but to give you some idea about career changes, we will just look at how long, on average, a person holds on to a job with any particular employer.

2. The average female employee tenure is for 3.9 years, while the same number for males is 4.3 years. (Employee Tenure Summary, BLS)

4. Workers in the public sector had a median tenure of 6.5 years, nearly twice the median of 3.7 years for private-sector employees. (Employee Tenure Summary, BLS)

Why do people change careers?

Having looked at how often a person changes careers, you might be interested in why they do so.

1. Research indicates that these are the top reasons why people change careers (Indeed):

2. For 80% of people who change careers, the choice to leave also affected their families and friends. (Indeed)

3. Happiness is another motivator: 81 percent of people who change careers say they did so in part because they were unhappy in their previous job or industry. (Indeed)

4. Respondents say that the culture of the workplace, feeling valued, and having chances to learn and grow in their careers all affect their happiness at work and their decision to change careers. (Indeed)

5. Flexibility and paid time off also motivate career transitions. 79% of career movers departed for increased flexibility, such as working from home or choosing different hours. (Indeed)

6. People who switch jobs don’t just do it on a whim; they plan it out for months, with the average planning time being 11 months. (Indeed)

What is the average age a person changes careers?

Having already looked at why people change careers, the question on your mind might be when people typically do so, perhaps because you yourself are thinking of doing so. Well, let’s take a look.

1. The average age of people who change careers is 39. (Indeed)

2. 49 percent of individuals reported making a significant job change, such as from marketing to engineering or teaching to finance at the above age. (Indeed)

We just looked at various stats on job changes, which include the typical age at which they do it, and the number of jobs people hold over their lives. These decisions are often autonomous, but due to the sudden and unfortunate COVID pandemic, peoples’ decisions have been strongly influenced by it.

Let’s have a look at some job statistics in the backdrop of the pandemic.

2. 53% of workers in the US would prefer higher wages during the pandemic. (Bankrate)

3. 11% of Americans stated that they got a new job during the pandemic, based on a recent survey. (Bankrate)

4. 55% of Americans who are either employed or looking for a job said that they are likely to look for new employment in the next 12 months, as per a 2021 survey. (Bankrate)

Let’s now look at a host of benefits they perceive or receive upon changing jobs or careers.

1. These are some of the benefits Americans perceive due to which they want to change careers, as per an edX survey: (edX 2018)

2. 88% of career changers say that they are happier since making their move. (Indeed)

3. Happiness rose most from 73 percent to 87 percent in the technology sector, and this is the “happiest” industry to work in. (Engaging Business)

Challenges of making a career change

While we just looked at some benefits of career changes, most people find it very challenging to change careers due to a host of reasons.

If you too are contemplating a career change, you must be aware of the obstacles that might come your way to make a more informed choice.

1. 64% of adults in the labor force are at least somewhat likely to consider a new career in the next few years, and more than 26% are very likely to do so, as per a recent study. (National Career Development Association)

2. As per an edX survey conducted in 2018, however, only 32% of respondents have considered making a career change at some point within the past year. (edX 2018)

3. The most cited barrier includes the 29 percent who say they did not have the necessary finances, energy, or time to start over again. (University of Phoenix 2017)

4. 24 percent said they do not know what new direction they would take, or feel the lack of adequate education or experience is a barrier to a career change. (University of Phoenix 2017)

5. Of those surveyed, 27 percent of those without a bachelor’s degree identify a lack of education as a barrier to a career change. (University of Phoenix 2017)

6. 81% of Hispanics and 71% of Blacks are looking for a career change compared to only 55% of Whites. (National Career Development Association)

7. As per an edX survey, however, over 60% of respondents said they did not have either the time or money to make a career change. (edX 2018)

The statistics above confirm that it can be tough to determine what you want to do next when you’ve made a career shift, or difficult to find your footing in a new industry. If you don’t find something that works for you, the hunt can seem never-ending. Additionally, we saw that 60% find that they do not have the time for making a complete career overhaul and this can make a career change challenging as well.

However, it must also be noted that 88% of those who changed careers experienced an increase in their happiness. Many might consider this a strong enough incentive, and it might be worth all the hassle to change careers. 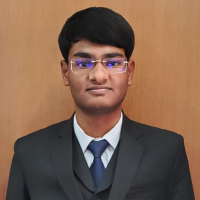 Article by
Sohom Mukherjee
Hey, I’m Sohom, a passionate writer and an avid reader. I enjoy winds on rooftops, long walks, and moments where I learn something new. I find learning about trends in various industries fascinating, so I love to put together industry reports for Elite Content Marketer.
Build a sustainable creator business
Company