YouTube has seen unprecedented growth in the last decade — especially in 2020 when everyone started spending more time on screens.

But what kind of videos get the most views on the platform? Which YouTube marketing tactics work in 2022? Below are key YouTube statistics to help you understand the platform.

Whether you’re a new video creator looking to make money on YouTube, or a seasoned marketer who wants to promote a brand’s YouTube channel, these numbers will come in handy.

Let’s begin with YouTube stats on the platform’s most popular videos, its user demography, and the like.

2. ‘Baby Shark’ is the most viewed YouTube video with 10.41 billion views. (Statista)

But let’s move back in time a bit.

4. The U.S. has the second largest YouTube audience of 247 million viewers after India. (Statista)

Phones are always a go-to whether it’s an emergency or just a lazy Saturday. However, the big screen isn’t too far behind.

This isn’t the case with the U.S. population, though.

After all, the stresses of life get to us.

Haven’t considered live streaming or podcasts yet in your marketing strategy?

That’s almost an entire day in a month! Can you already imagine the marketing potential present on YouTube?

People don’t experience digital culture in the same way as they used to a decade ago. Broad cultural breakthrough viral videos are not common.

1. T-Series has the most YouTube users with 223 million subscribers and billions of views. YouTube movies, Cocomelon Nursery rhymes, and SET India are not too far behind. (Statista)

3. In 2021, the year’s top 10 trending YouTube videos have been watched for over 70 million hours and are topped by Mr. Beast’s “I spent 50 hours buried alive”. (YouTube)

So remember, memes and humor are the way to go.

5. The same report also talks about other broad trends like community, emotional needs, and GenZ and Millenial users.

For a dopamine hit, go for some short but fulfilling content.

Here are the top YouTube usage statistics that show the demographics like age group, gender, devices, regions, usage, and competition statistics about the video platform.

Who doesn’t mind a healthy challenge?

3. The video hosting platform is more popular among the younger demographics. 85% of GenZ users have posted video content on YouTube according to a survey of 5000, as of May 2022, individuals aged between 18 to 24 years. (YouTube)

7. YouTube music and premium have reached 50 million subscribers, all age groups and gender bias aside. (CNBC)

If your brand wants to pursue YouTube marketing, then here are a few YouTube for business stats that you can use to create a data-informed strategy.

1. 87% of video marketers use YouTube to increase their marketing strategy. (Wyzowl)

3. Average engagement rate is 4.064% for YouTube channels having more than a million subscribers but lower for smaller channels. (Influencer Marketing Hub)

4. As per a survey of over 1,600 B2B and B2C marketers, 15% are investing in YouTube shorts which is a new emergence of the platform. (HubSpot)

YouTube Shorts continues to remain an opportunity for getting discovered as many channels featuring in the ‘Creator on the Rise’ section are heavily reliant on them. Let’s talk about viewing habits.

5. The best time and day for marketers to post content on YouTube is between 6 pm to 9 pm on a Wednesday as per Hubspot’s State of Inbound Marketing Trends Report. (HubSpot)

6. In 2021, Mr. Beast aka Jimmy Donaldson has the highest digital and media revenue estimated at USD 54 million from YouTube. (Statista)

Here are some YouTube ad stats to inform your paid advertising campaigns on the video platform.

1. As per a survey of leading U.S. advertisers, Apple Inc. has the highest video platform generated ad revenue of USD 19.77 billion. (Statista)

3. 31% of YouTube ads made by marketers have the potential to reach a global audience. (Data Reportal)

The same report says that YouTube was in the top 5 social media channels that resulted in the highest ROI.

7. 70% of people end up buying a product after viewing an ad on YouTube. (Google)

You’ve already seen the cutthroat competition on YouTube and the prominence of popular channels in a previous section. If you’re creative, is this platform worth spending your time on at all in 2021? You can answer this question for yourself using the Youtube earnings and creator stats below.

1. In a survey of 400 creators, full-time YouTubers stated “expressing creativity” as their top goal at 51%. It was closely followed by promoting their business/brand at 34%. (Storyblocks, 2019)

2. A substantial number of creators, almost 23%, mentioned the lack of time as their top challenge. As a one-man show, many are also starved of resources. (Storyblocks, 2019)

3. YouTube users who follow creators and engage with their channels every day grew by 70% between 2017 and 2018. (Think With Google)

So, how does it translate into tangible revenue?

4. Well, “success” on YouTube might mean a life of poverty because even with millions of views every month, you might be unable to make rent. It’s no wonder that many creators consider YouTube as a creative project/hobby. Merely 27% use it for their work full-time. (Fortune)

There’s some good news though:

Do those income figures discourage you from starting a YouTube channel?

6. Graham Stephan, a YouTube millionaire, had six revenue streams as shown below. (CNBC)

So it’s a question of getting your priorities right.

Instead of chasing subscribers and millions of views, seek relevance and resonance with your audience. Also, don’t rely on the YouTube Partner Program alone to generate income.

Depending on your channel’s niche, diversify your income sources by integrating affiliate marketing, online courses, sponsorships, and the like.

7. Influencers are just as likely as celebrities to drive buying decisions. Indeed, YouTube creators are 4x more effective at driving a lift in brand familiarity than celebrities.

As we’ve seen in the previous stats, viewers don’t care about your age either. One of Chintan’s favorite creators, Rick Beato, started his channel in his mid-fifties and now enjoys an audience of millions on Everything Music.

What is the most searched thing on YouTube in 2022?

In the U.S., ‘PewDiePie’ is the most searched on YouTube. However, globally, BTS takes the top spot with over 16 million searches. (Ahrefs)

Almost two-thirds of searched content worldwide on YouTube is related to music (even though the U.S. uses it less). The top 5 global searches point to relaxing/soothing content. (Ahrefs)

How long will it take to watch all the videos on YouTube?

30,000 hours of video content is uploaded to YouTube every hour. So it could take you a lifetime or two to watch every video on the platform. (Statista)

AddictedA1 is the fastest growing global YouTube channel with a YoY growth of about 200% by 2020. (Statista)

YouTube is now the third largest search engine in the world. It continues to dominate the video market. Hope the above YouTube statistics on demographics, usage, and advertising among others give you food for thought for your video marketing strategy.

Next up, read our statistics on video marketing! All the best in your YouTube journey. 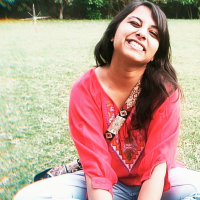 Article by
Srishti
Srishti is an environmentalist and science and technology communicator. She loves to tell stories through her writing. Outside of writing blogs and academic papers, she likes to research and curate industry reports on various subjects relevant to creators at Elite Content Marketer.