YouTube is the default video hosting platform of the internet. But the YouTube view count remains a mystery for most creators.

In this article, let’s answer the key questions around this YouTube metric. Let’s begin with understanding how YouTube tracks views:

YouTube wants to ensure that its video views and engagement metrics come from legitimate watching of real people. Their algorithm counts a view when a user intentionally watches a video — not those coming from bots or autoplays on external websites.

Many publishers report that a user needs to watch a video for a minimum of 30 seconds to count it as a view — which is a criterion for counting their paid advertising views.

So the video platform hasn’t shared how its algorithm finds out a view is legitimate and not coming from a bot or computer program. But their system “takes time” to ensure the engagement is high quality.

The view counts can vary across the search page, watch page, and your analytics. There’s no specific known reason for the same, there are only theories.

Maybe they are getting “algorithmically validated” and low-quality playbacks are getting removed. Maybe it’s that YouTube servers are distributed across the globe and sending back data leading to caching delays in the local log. I feel this video below by Tom Scott on “why computers can’t count sometimes” is as accurate an explanation as it can get:

But the company recommends you closely monitor your views and channel performance from YouTube analytics — not the public view count.

What If A Viewer Skips Through And Watches 30 Seconds?

If you have a 10-minute video, a user may jump across its sections and watch 30 seconds in total, but it’s not essential for it to get counted as a view. There’s no known reason for the same.

We don’t even know if the time a video is watched is always considered for counting views. Short videos could be under 30 seconds. The one below is 11 seconds but has 6.2M views. 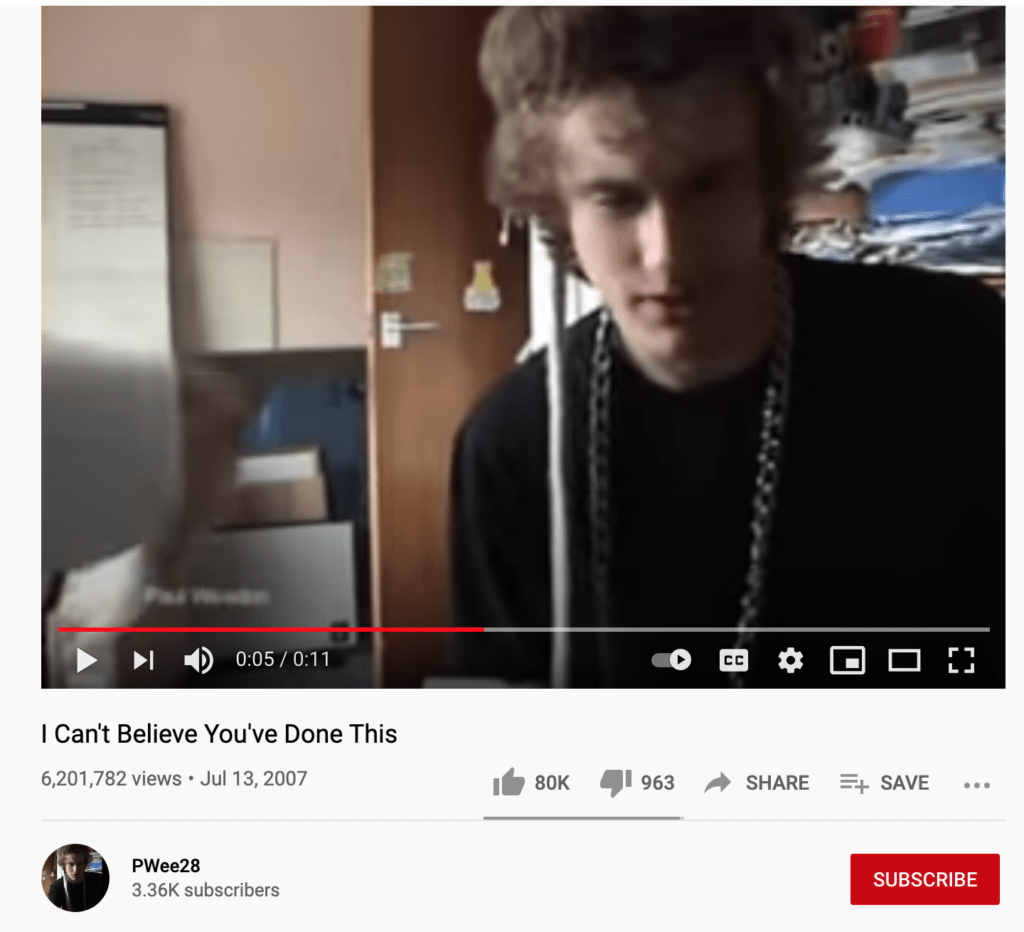 YouTube shorts and such videos simply have one requirement for counting views: not being from a bot.

Yep, but don’t keep refreshing that watch page to increase your view count! Artificially trying to inflate your engagement metrics including the views on your videos is against the fake engagement policy of the video platform. Its algorithm has become smart at spotting views from a single user, so your numbers won’t go up.

YouTube is now smart enough to understand such artificially inflated views coming from a single user. You can’t use your friends and family to cheat the system. Your efforts are better utilized towards genuine ways to get more views and subscribers.

On the other hand: what if one person watches the same YouTube video twice? Does that count as one or two views?

Well, YouTube understands that some kinds of videos — generally music, comedy, and entertainment — have repeat value. So repeated views could count a few times, but after four to five plays the video platform might stop to prevent repeat view spam as per Growtraffic.

The goal of freezing or temporarily slowing down engagement metrics on the platform is to “maintain fair and positive experiences” for viewers, creators, and advertisers.

But YouTube doesn’t care a lot about videos below 300 views. Above it, their employees verify the views are real. The reason is popular videos on the video platform can’t have fake views, else it will damage the company’s reputation.

As they want to keep them high quality, the real-time view count and other engagement metrics aren’t always accurate either. The company has even left the note below on their support page:

“It may take time for your metrics to appear in our system during the first few hours your video is published.”

Also, this tipping point of freezing the views at 301 doesn’t happen now, though a Numerphile video with over a million likes continues to have a public view counter of 301 views. 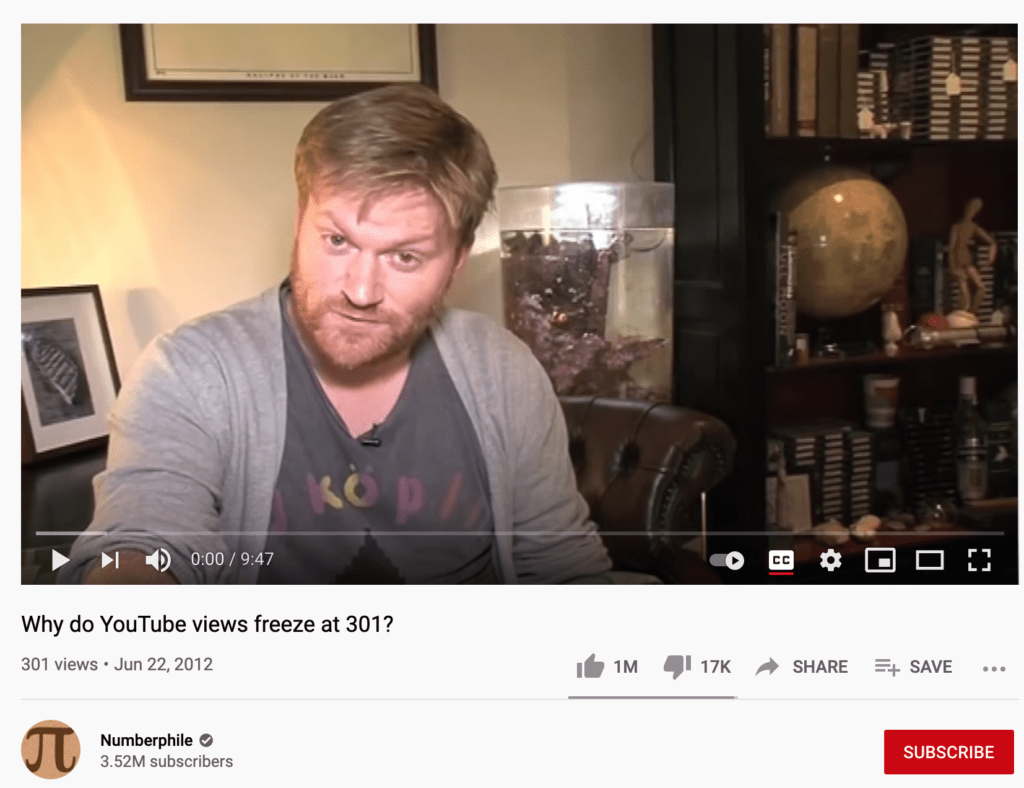 The auditing algorithms checking for legitimacy of views now happens on the go.

Nope. Bots could watch videos in a random sequence without any logical order. They won’t rely on the YouTube recommendation engine either — accountable for over 70% of views on the platform. These and other bot-like actions won’t pass through the automated YouTube scanning to legitimize as a view.

Additionally these three kinds of views also don’t get counted:

Yes, you can. But I won’t recommend doing it from external sellers because of the associated risks. It won’t help your YouTube brand to grow authentically either.

Let me elaborate: In a blog post YouTube mentions buying views could lead to “disciplinary action against your account, including removing your video or suspending your account.” This isn’t consistent with an investigation by a Times reporter who found paid for views through various sellers were longer.

Even their fake views purchases were largely successful: 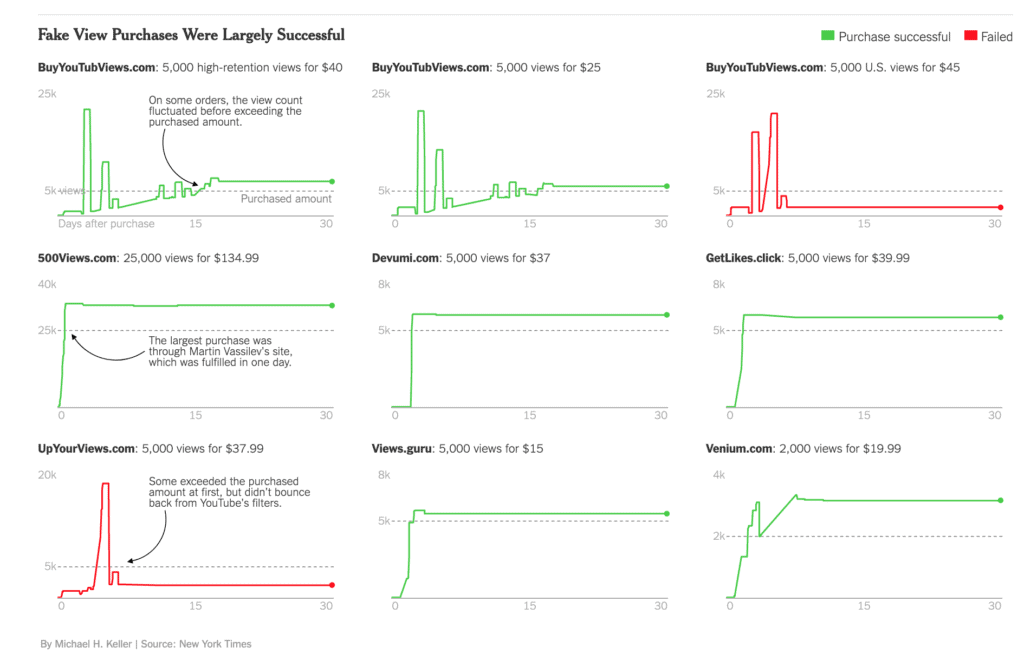 But none of these paid views (or even bought YouTube subscribers) would build a legitimate audience for your brand. While the YouTube view count might tick, it won’t lead to any purchases of your products or engagement with your future work.

That’s what happened with Elizabeth Clayton, a retired professor, who paid $4,200 to publicize her self-published poetry. She ended up with about 60k YouTube views, but it didn’t generate any sales for her.

So such paid fake views would simply remain ornamental in dressing up your public view count and helping your perceived popularity.

That is also only until YouTube detects the vulnerabilities exploited by the service you used to get views. As per a product management director of the company, their anti-fraud team buys views to understand “how these sites operate.” Once found, such views from older videos on their platform could also get deducted.

Besides pre-recorded and uploaded videos, YouTube also lets creators livestream from their channels. You get real-time analytics for monitoring your live stream’s performance through metrics.

Concurrent viewers are the number of simultaneous viewers of your stream. And “peak concurrent” is available in the post-stream analytics indicating the higher views you gained during streaming.

Note that realtime reports are early insights into your performance. They are “general indicators” of the “activity on your video”, so need not be 100% accurate and could get updated in 24 hours.

A YouTube video gets discovered and views from various traffic sources on the platform. It includes (but not limited to) YouTube search, its recommendation engine of suggested videos, and browse features such as the home feed, subscriber feed, notifications, and the like.

The algorithm “follows the audience”, matching each YouTube visitor with videos they are most likely to enjoy and maximize their watch time. As a creator, you should film videos on subjects that interest your audience.

You can also promote your YouTube videos to your website, social media profiles, and other external platforms to get early momentum on your videos.

How Are Paid Ads Views Counted?

YouTube offers two types of ads for which they count views differently to indicate a user engaged with your video.

For videos shorter than 30 seconds, a view will count only when someone watches the complete ad.

YouTube analytics won’t show views below 10 seconds. The company also mentions: “If view counts on YouTube are a concern, it’s a good idea to make videos at least 12 seconds long.”

YouTube cares about the amount of time a user spends watching videos on your channel. The more they hang out, the more ads the company can show and generate revenue. So your watch time and session time are probably more important for you to optimize your channel and your YouTube brand.

Number of views doesn’t determine YouTube search rankings either — it’s a relic of the past. Now the quality of engagement a video gets determines its fate on the video platform. So you’re also better off without focusing solely on this metric.

YouTube views indicate the perceived influence and popularity of a video. They are the currency signaling value to users. Fake views can hamper the reputation of the company, so their systems audit and ensure high quality of all their engagement metrics.

Here’s a quick summary of everything we know about YouTube video views:

What counts as a video view: Intentional watching of a video by a human. This legitimacy is determined by an algorithm.

Embedded video views: Aren’t counted if you enable autoplay. But if you just embed it on your website and a user initiates watching the video, it’s counted as a view.

Inflating views: Trying to manipulate your view count through bots, refreshing your watch page, and buying them from a service won’t help your YouTube channel grow. The auditing algorithms relentlessly ensure only high quality engagement metrics remain on a video.

Next, read my articles on how to get more YouTube views, free subscribers, and how to make money from YouTube. 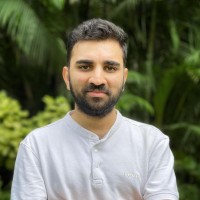 Article by
Chintan Zalani
Hey, I'm Chintan, a creator and the founder of Elite Content Marketer. I make a living writing from cafes, traveling to mountains, and hopping across cities. Join me on this site to learn how you can make a living as a sustainable creator.